Adam & Steve and the Empty Sea

ADAM & STEVE AND THE EMPTY SEA

a world premiere by Matthew Greene

​Adam is LDS.  Steve is gay.  Set against the backdrop of the passage of Prop. 8, these childhood friends grapple with religion, sexuality, politics and adulthood.

ADAM & STEVE AND THE EMPTY SEA is going to FringeNYC, August 2013!

PLAYWRIGHT Matthew Greene makes his Plan-B debut with ADAM & STEVE AND THE EMPTY SEA.  His plays include JOB WELL DONE (national finalist, American College Theatre Festival), BREAD OF AFFLICTION (Society for the Study of Jewish American and Holocaust Literature) and #MORMONINCHIEF (NYC International Fringe Festival).  Plan-B staged readings of ADAM & STEVE AND THE EMPTY SEA as part of OUTReach’s LGBTQ Youth Summit and #MORMONINCHIEF as part of The Rose Exposed.  A California native, Matthew earned a B.A. in Theatre at Brigham Young University and currently lives in New York City. DIRECTOR Jason Bowcutt has previously directed for Plan-B’s Script-In-Hand Series and acted in Plan-B’s THE END OF THE HORIZON and 8.  He also recently directed WELL for Pygmalion Theatre Company.  He currently works as the Community Outreach & Performing Arts Coordinator for the Utah Arts Council and performs Jeff Metcalf’s solo play A SLIGHT DISCOMFORT.  In New York, he is a director/company member of both TOSOS II and Emerging Artists Theatre Company and Co-Founding Director of the New York Innovative Theatre Awards.  Jason will direct REASONS TO BE PRETTY at the University of Utah this spring. CAST Topher Rasmussen (Adam) has appeared in Plan-B’s SLAM, Script-In-Hand Series (most recently 8) and BORDERLANDS.  Currently studying Theatre Performance at Utah Valley University, Topher’s other recent credits include COURSE 86B IN THE CATALOGUE, for which he won a Salt Lake City Weekly Arty Award (Salt Lake Acting Company), BLUE (Theatre Arts Conservatory), MACBETH (Grassroots Shakespeare Company) and Demetrius in A MIDSUMMER’S NIGHT DREAM (Davis Arts Council).   Logan Tarantino (Steve) is proud and thrilled to make his Plan-B debut this season with 8 and ADAM & STEVE.  Currently a junior in the Actor Training Program at the University of Utah, where his credits include STREET THEATRE, FEVER and THE SURE THING (Studio 115) and ‘TIS PITY SHE’S A WHORE (Babcock).  He would like to thank his faculty, friends and amazing family that have given him encouragement and support. CREATIVE Cheryl Ann Cluff (Sound Design) co-founded Plan-B in 1991 and is the company’s Managing Director.  She has directed all of Plan-B’s RADIO HOURs (most recently EPISODE 7: SHERLOCK HOLMES AND THE BLUE CARBUNCLE) as well as MESA VERDE and THE SCARLET LETTER.  She has designed sound for nearly every Plan-B production since 2000. Jennifer Freed (Stage Manager) is incredibly grateful to be a member of Plan-B and has literally loved every show since joining the company in 1998.  A stage manager for more than 25 years, her credits span from Utah to New York and California to Canada.  Phil Lowe (Costume Design) has previously costumed Plan-B’s ANIMAL FARM, BLOCK 8, THE LARAMIE PROJECT: TEN YEARS LATER, WALLACE, AMERIGO, SHE WAS MY BROTHER, BORDERLANDS, LADY MACBETH, THE THIRD CROSSING and THE SCARLET LETTER.  Phil holds an MFA in Costume Design from Utah State University and has designed for many area theatre companies.  He is adjunct faculty at Weber State University and Director of Costumes & Wardrobe for Utah Festival Opera & Musical Theatre. Jesse Portillo (Lighting Design) has previously lit Plan-B’s EXPOSED, BLOCK 8, DI ESPERIENZA, RADIO HOUR: ALICE, AMERIGO, SHE WAS MY BROTHER, MESA VERDE, BORDERLANDS, LADY MACBETH, THE THIRD CROSSING, THE SCARLET LETTER, RADIO HOUR EPISODE 7: SHERLOCK HOLMES AND THE BLUE CARBUNCLE, a slew of SLAMs and several Script-In-Hand Series readings. He designs lighting all over the country and teaches lighting design for the University of Utah’s Department of Theatre. Jerry Rapier (Props Design) has propped about a dozen Plan-B productions. Randy Rasmussen (Set Design) most recently designed sets for Plan-B’s THE THIRD CROSSING, THE SCARLET LETTER and the 10th anniversary revival of HEDWIG AND THE ANGRY INCH.  He had designed nearly every Plan-B set since 1991.  Randy is also Technical Director for Plan-B and Kingsbury Hall. Plan-B Theatre Company develops and produces unique and socially conscious theatre.  Founded in 1991 and incorporated in 1995, ADAM & STEVE AND THE EMPTY SEA is the 66th world premiere out of 90 productions in our history.  Plan-B is the proud recipient of 42 City Weekly Slammy/Arty Awards; 16 QSaltLake Fabby Awards; and Organization of the Year Awards from Equality Utah, Human Rights Campaign and Transgender Education Advocates (TEA) of Utah.  The company operates under a Letter of Agreement with Actors’ Equity Association, an Independent Producers Agreement with the Stage Directors & Choreographers Society and is an Associate Member of the National New Play Network. 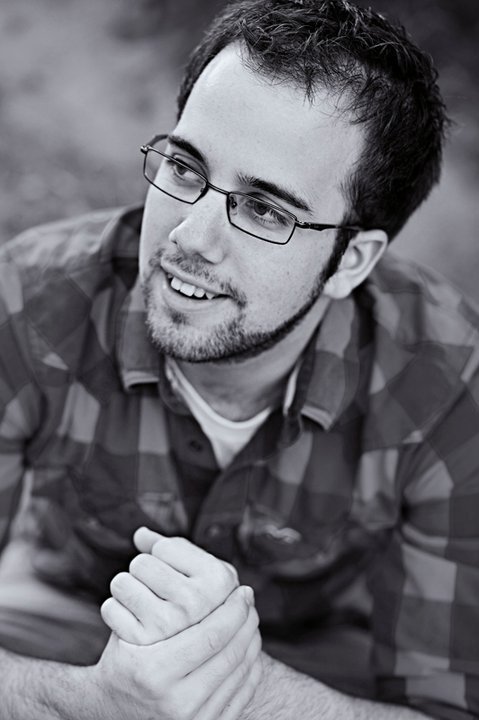 STATEMENT FROM PLAYWRIGHT MATTHEW GREENE The aphorism goes that you should “write what you know.”  As a twenty-six-year-old Mormon boy from the suburbs of Northern California, this advice has always troubled me.  Truth be told, I haven’t known much that makes for good drama.  I was raised in a nice home by nice parents, went to a nice school and a nice church, and grew up into the nice young man I am now.  Not that I’m complaining.  I love, and have always loved, my life.  It’s only when I sit down to write that I start to get worried.  Worried that there’s no cigarette dangling from my lips, no painful past to haunt me.  I have, in my admittedly short time as a writer, fabricated quite a bit of material that lies far beyond the bounds of my own experience.  ADAM & STEVE AND THE EMPTY SEA, however, was different. As I watched the drama of Proposition 8 unfold in California (and elsewhere), I was shocked by the widespread intolerance and the crippling ignorance that seemed to dominate public and private discourse.  I felt, for the first time in my life, that I was caught up in a war zone where principles were defended, hearts were broken, and lives were changed.  This, of course, is the stuff playwrights’ dreams are made of, but I didn’t see it that way.  Suddenly my principles were in question, my heart was broken, and my life was changed, though I couldn’t see yet that it was for the better.  Overwhelmed, I started to write. It was a simple story: two best friends, coming of age.  Dealing with the tumult I was going through myself.  It wasn’t long before I realized: I was writing what I knew!  I’ve been a teenage boy, a Mormon missionary, and an ailing twenty-something before.  I’ve been a friend, a son, and a brother.  And I’ve been personally affected by the gay marriage debate in ways I couldn’t have anticipated.  Some events in the play are pulled straight from my personal history and the rest is based on experiences of those close to me.  Of everything I’ve written, this play hits closest to home. As I do with any project, I brought to this script my own questions and explored territory where black and white answers fade into gray.  When asked what I’m “trying to say” with this (or any) play, I answer in terms of what I’m trying to ask.  Should personal convictions ever override a human relationship?  What happens when you lose something you believe in?  And why do two groups of people who claim to aspire to ideals of love have such a hard time with one another? It’s true, those who know me best can see the autobiography woven into this script.  But as I’ve worked on this piece I’ve come to understand the “write-what-you-know” admonition a little differently.  I’m part of an interesting religious tradition in which members of the congregation stand up and state publicly things that they know.  While such remarks are often based in personal experience, they branch out from there into more grand, transcendent territory.  In this context, I profess to know so much more than meets the middle-class suburban eye, things far beyond my tangible grasp.  Still, I know them.  I know that faith is a basic human instinct, that love is a healing balm, and that it is often through each other that we glimpse divinity. I lived through the events depicted in this play.  But more than that, I learned the same hard-won lessons the characters do and have come to embrace the truths that I hope grace the text of this play.  Most importantly, I have asked the questions that lie at the foundation of the story and, as I hope is the case with everyone, am in search of the answers. 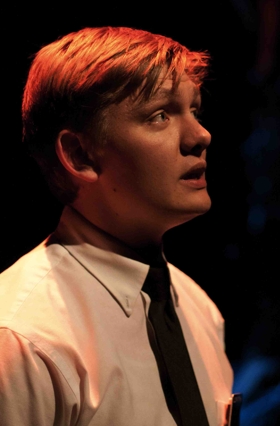 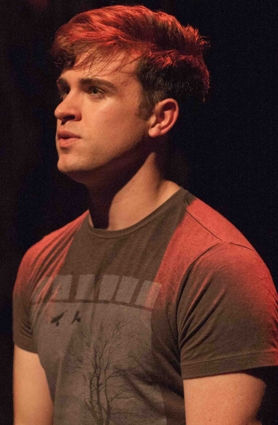 ADAM & STEVE AND THE EMPTY SEA

Adam (Topher Rasmussen) is openly Mormon. Steve (Logan Tarantino) is openly gay. Set against the backdrop of the passage of Prop. 8, these childhood friends grapple with religion, sexuality, politics and adulthood.

Playwright Matthew Greene was represented at the 2012 New York International Fringe Festival with #MORMONINCHIEF (Michael Holt Productions). ADAM & STEVE AND THE EMPTY SEA is Plan-B’s second production to have a continued life in New York, following the limited off-Broadway run of Carol Lynn Pearson’s FACING EAST in 2007 under the direction of Jerry Rapier.  Actors Topher Rasmussen (a senior at Utah Valley University) and Logan Tarantino (a senior at the University of Utah) are making their New York debuts.  Details on the original production, including full production credits, press, video and details available here.