returns to Plan-B, where she has premiered ONE BIG UNION (developed at Utah Shakespeare Festival), THE THIRD CROSSING (winner, Fratti-Newman Political Play Contest, Castillo Theatre, New York), WALLACE (co-written with Jenifer Nii, developed at the Wallace Stegner Symposium) and THE END OF THE HORIZON (also developed at Utah Shakespeare Festival), and contributed the monologues “The Wall, Parts 1 & 2” to (IN)DIVISIBLE. Other plays include UNDERGROUND (Center for the Arts, Kayenta, Utah), DESERT WIFE (which toured Utah for a year), and THE LAND OF OZ (New American Theatre, Rockford IL). Her play STUMPED (developed at Plan-B) has had staged readings at legal conferences and was published in volume 81 of the University of Missouri-Kansas City Law Review. Debora taught commercial law, contracts, law and literature, and other courses at the University of Utah S.J. Quinney College of Law for more than 30 years and has been a member of The Lab at Plan-B since 2008. returns to Plan-B after serving as assistant director/assistant stage manager of THE AUDACITY and ...OF COLOR and stage managing several Script-In-Hand Series readings. Other recent credits include #SLACabaret (ASM, Salt Lake Acting Company), CHERRY WINE IN PAPER CUPS (SM, Sackerson), AIN'T MISBEHAVIN' (SM, West Valley Performing Arts), PROMETHEUS BOUND (SM, Classic Greek Theatre Festival). He graduated from Westminster College in 2020 with a BFA in Technical Theatre (Stage Management emphasis) and served as the Technical Director of the Great Salt Lake Fringe Festival from 2018-2021. Sam is off to UC-Irvine to pursue his MFA in Stage Management. (she/her/hers) is also Plan-B's COVID-19 Safety Officer. An actor, teacher, and producer, Kallie is a recent graduate of Westminster College, where she earned her BFA in Theatre. She has been lucky enough to work in many different capacities for multiple area theatre companies since moving to Salt Lake five years ago, including Plan-B Theatre, Pinnacle Acting Company, The Grand Theatre, Grassroots Shakespeare Company, Prufrock Productions, and New World Shakespeare Company. is very excited to be playing Alli Gator! This is his first show with Plan-B and he could not be more excited to be involved in such a wonderful and forward-thinking play. Pedro is a recent graduate from Weber State University's theatre program with an emphasis in Acting and Directing. Most recently, he appeared in #SLACABARET (Salt Lake Acting Company). He would like to dedicate his performance to his nieces and nephews, as well as his mother and sister, for all of their support. is a senior in the Musical Theatre Program at the University of Utah. Her recent credits include the Free Elementary School Tour of PRESENTING: SUPER CAT AND REPTILE ROBOT (Plan-B), THE NIGHT WITCHES (University of Utah Department of Theatre), AVENUE Q (Midvale Main Street Theatre), and FREMONT JUNIRO. HIGH IS NOT DOING OKLAHOMA (Good Company Theatre). Talia aspires to be a voice actor, jazz singer, and one day hopes to sing with Seth MacFarlane! has called the Salt Lake Valley home for more than five years. They graduated with a BA in Theatre from Idaho State University then stage managed various new works in NYC for Red Fern Theatre Company, Rabbithole Ensemble, and Less Than Rent. They have recently worked with Plan-B, The Grand Theatre, Salt Lake Acting Company, Good Company Theatre, and Egyptian YouTheatre. They also can be seen as a local drag artist, clown, and puppeteer at various downtown venues! Sammee is very excited to be a part of this production and to officially join the Plan-B family! has been Plan-B’s Education Coordinator since 2017. She has taught English in China and theatre for Bad Dog Arts. She has worked as an elementary school paraprofessional, a Girl Scout camp counselor, a drama mentor for K-12 teachers for Utah Festival Opera & Musical Theatre and as the Education Tour Manager for Grassroots Shakespeare. Sharah is currently pursuing her Master’s in Public Administration at the University of Utah, recently became a parent, and published her ﬁrst children’s book, Cleo and the Climate. has served as Plan-B’s Artistic Director since 2000 and directed more than 30 productions for the company, including ﬁve Free Elementary School Tours. He is a recipient of Salt Lake City's Mayor's Artist Award in the Performing Arts. Proud member, Society of State Directors & Choreographers (SDC). has previously designed props for Plan-B's THE ICE FRONT, VIRTUE, THE WEIRD PLAY, CHRISTMAS WITH MISFITS, and costumes and props for the Free Elementary School Tours of ZOMBIE THOUGHTS and FLORA MEETS A BEE. Arika has worked extensively in props and costume crafts for theatre, television, and film. and is the resident Prop Manager and Adjunct Professor for the University of Utah Department of Theatre. Proud member, Society of Prop Artisan Managers (SPAM). For Keefer and Charlotte, my heart and home. is a graduate of the University of Utah’s Actor Training Program. He returns to Plan-B Theatre, where his credits include the Free Elementary School Tours of RIVER. SWAMP. CAVE. MOUNTAIN. and PRESENTING: SUPER CAT AND REPTILE ROBOT. Ben's other credits include GRUESOME PLAYGROUND INJURIES (Wasatch Theatre Company), CLIMBING WITH TIGERS (Salt Lake Acting Company) and MARY STUART (Pioneer Theatre Company). 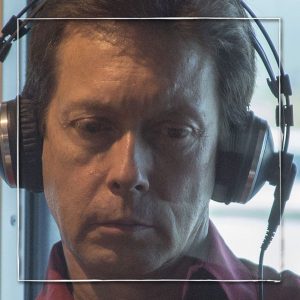 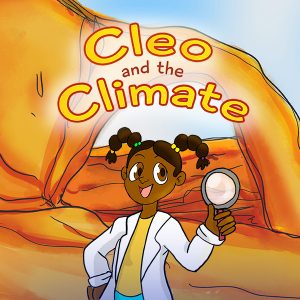 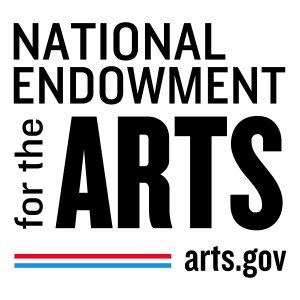