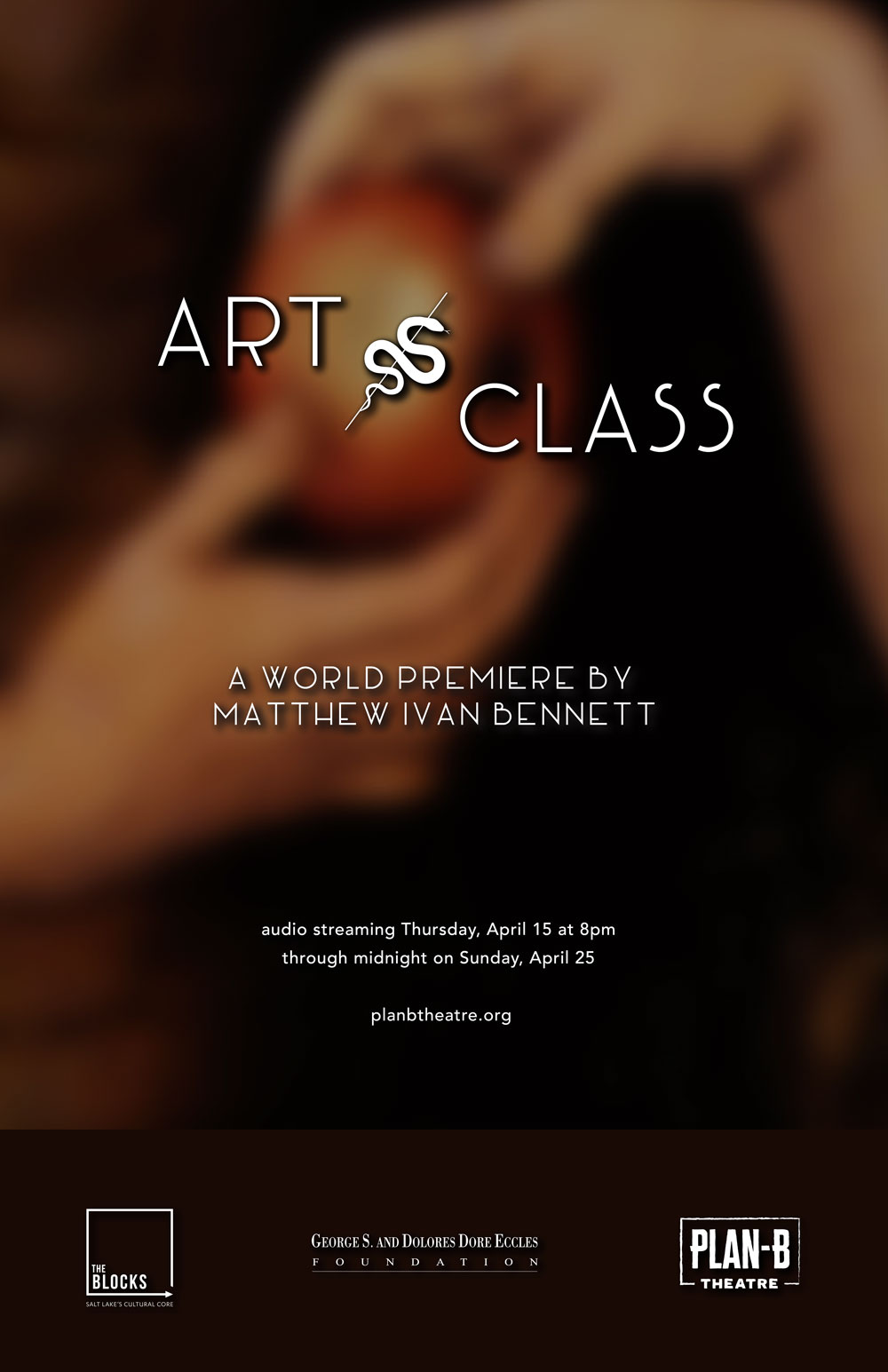 Early December, 2017
in a principal's office,
on a porch,
on a Christmas tree lot,
and on a social media site
in Cache County, Utah.

ART & CLASS is inspired by the events surrounding the firing of Mateo Rueda from an elementary school in Cache County School District in 2017.

ART & CLASS was rehearsed via Zoom in four homes in three counties. At no point was an actor asked to leave their home. Vocal tracks were recorded on Tascam lav mic recorders fashioned into home recording studios, thanks to the genius of David Evanoff. Four vocal tracks were recorded independently and simultaneously. Many pauses were taken for unexpected environmental sounds. Audio files were downloaded from mini-SD cards, uploaded to Dropbox, downloaded and synced at Counterpoint Studios, uploaded again as a single, synced, Sound Forge file. Sound designer Cheryl Ann Cluff downloaded that file, dropped in her sound design, and uploaded that new file. David then downloaded that file and he, Cheryl Ann, and director Jerry Rapier finalized placement and sound levels, followed by one more round of upload-download-upload, resulting in what you are about to hear!

*Appearing through an Media Agreement with Actors' Equity Association, the Union of Professional Actors and Stage Managers in the United States. ^Member, Stage Directors & Choreographers Society.

ART & CLASS IS FUNDED IN PART BY

ART & CLASS was developed with the help of The Constructivists in Milwaukee, The Lab at Plan-B Theatre, Pioneer Theatre Company's Play-by-Play program, and the assistance of Great Plains Theatre Commons in Omaha. The piece would have been malnourished without the insights of Isabella Reeder, Solana Ramírez-García, Iris Salazar, Elizabeth Ramos, and Kim Gambino. I owe deep thanks to director Jaimelyn Gray, for urging me to go beyond the first scene, director Jennifer Cushman for making me dig, director Karen Azenberg for inviting me to complicate my narrative, director Roxanne Wach for finding the humor; to dramaturgs Bryan Moore and Heather Helinsky for asking me what I'm actually saying; and to mentors Michael John Garcés and Erin Courtney for their professional bird's eye. I would be remiss without thanking the Plan-B Theatre Lab, which now has sat through hours of my early drafts. I must thank Eric Samuelsen, in particular, for his bottomless kind heart and lantern-carrying in the Utah theatre. His lantern is still bright. Last, Jerry Rapier deserves his own paragraph of thanks for giving me first, and second, and third chances to write something producible and then producing the result with love and honesty. Without Jerry, I would have less passion, objectivity, and self-awareness. He exudes those things.

Additional thanks to David Evanoff for our very own, shmaltzy-sax arrangement of "Feliz Navidad."

ART & CLASS WHO'S WHO 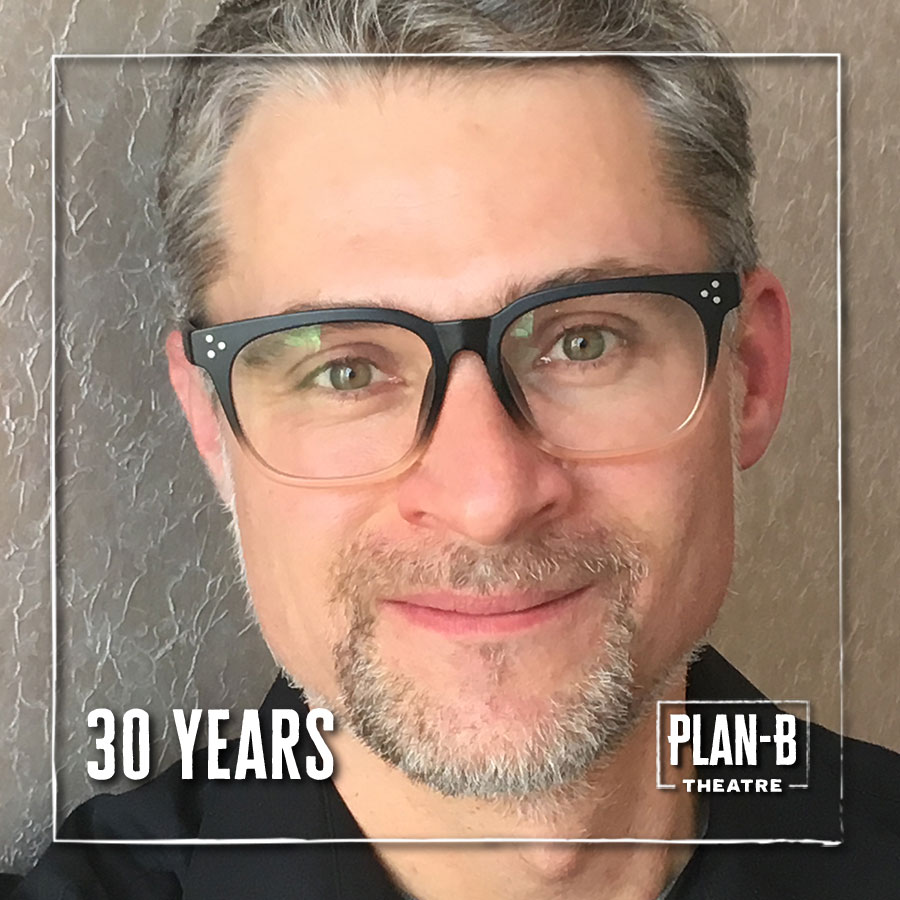 has premiered six full-length stage plays, 11 short plays, two monologues, and 11 radio plays with Plan-B, including MESA VERDE and a road-trip piece called A/VERSION OF EVENTS, now published with Stage Rights. He collaborates with local filmmakers, has shown at Slamdance, and awaits the release of his feature film “The Whole Lot.” Twice he’s contributed to the Great Plains Theatre Commons, first with THE CAUSE, a play about Harriet Tubman, and then with ART & CLASS. His poetry has been published with Sugar House Review, Western Humanities, and Utah Life. Matt is a member of the Dramatists’ Guild.

co-founded Plan-B in 1991 and has served as Managing Director since 1995. She has designed sound for nearly every Plan-B production since 2000, including this season's P.G. ANON by Julie Jensen and all 14 episodes of RADIO HOUR (11 written by Matthew Ivan Bennett), all of which she also directed.

has been Plan-B's Artistic Director since 2000. He is Nisei and the first person of color to lead a professional arts organization in Utah history. He has directed nearly 40 Plan-B productions, including many by Matthew Ivan Bennett, and is a recipient of Salt Lake City's Mayor's Award in the Performing Arts. Jerry and and Kirt, his husband of 25 years, are the proud parents of eight-year-old Oscar. 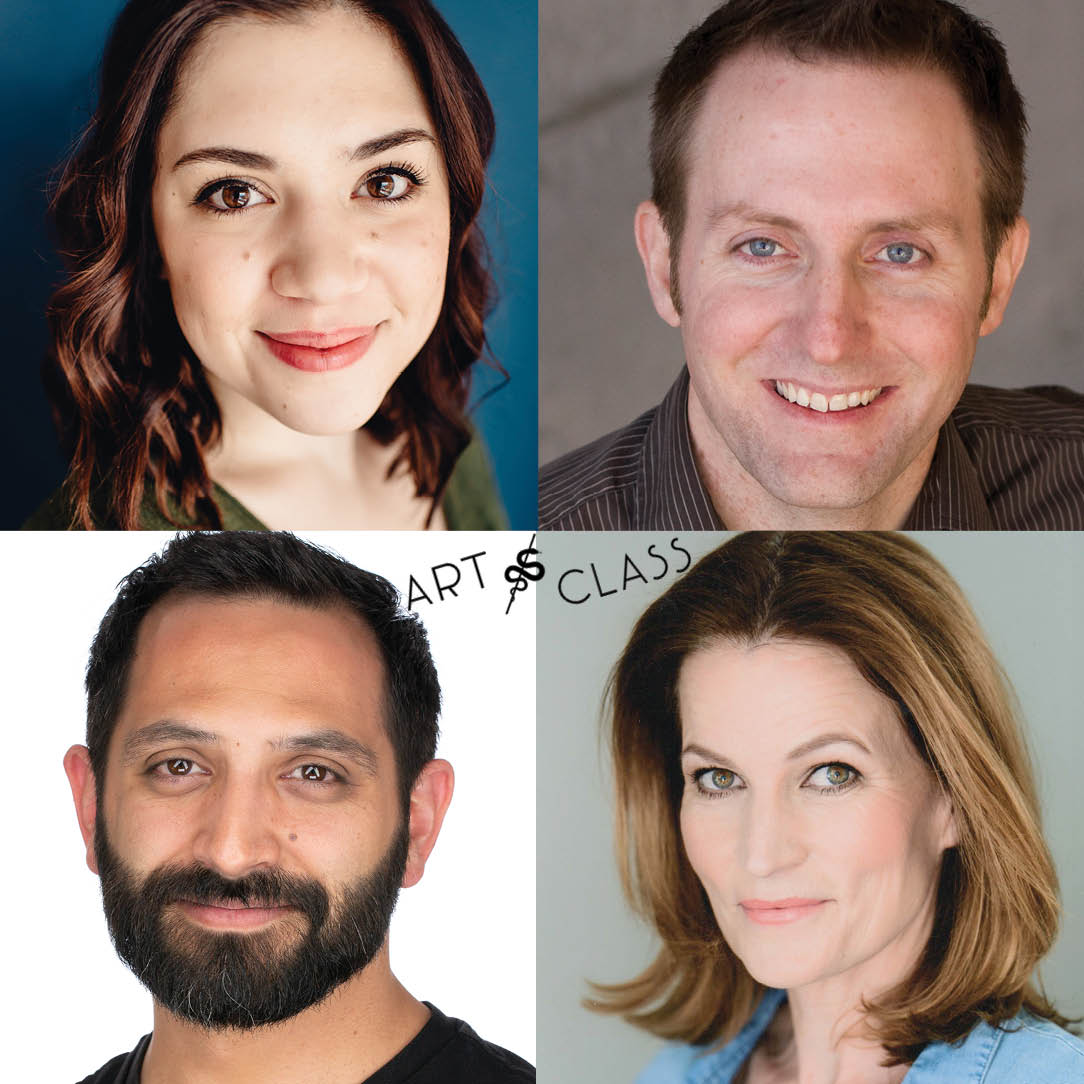 is ecstatic to (remotely) return to Plan-B, where she has previously appeared in Camille Washington's ODA MIGHT. She holds a B.A. in acting and directing from Weber State University, where she appeared in 9 CIRCLES and W;T, and directed a student production of SEMINAR. Flo is looking forward to being in the theatre together again; for now, she is grateful to be part of safely bringing ART & CLASS to life with this incredible team of artists.

returns to Plan-B, having previously portraying Joe Hill in ONE BIG UNION. Other productions in the area include AT THE BOTTOM, ART, and BOEING BOEING (Pinnacle Acting Company); DOUBT and AMADEUS (Utah Rep); HEDDA GABBLER, THE WINTER'S TALE, and WAITING FOR GODOT (Sting & Honey), and KING CHARLES III (Pioneer Theatre Company).

is a member of Plan-B's Theatre Artists of Color Writing Workshop. His short play, "The Frailest Thing," premiered as part of Plan-B's ...OF COLOR. "Thanks Jerry, Matt, the cast, and incredible production team for having me back." Bijan is an associate artist with Sting & Honey Theatre Company and has also regularly worked with Salt Lake Acting Company, Pioneer Theatre Company, and many others. He holds a Bachelor's in Mass Communication, a second degree blackbelt in Muso-Kai under Grandmaster Shihan Arakaki, and makes a living as an LMT at the Yugen Wellness Center. Bijan is represented by TMG.

is excited to return to Plan-B, having previously appeared in THE ICE FRONT, 3, BORDERLANDS, THE END OF THE HORIZON, THE ALIENATION EFFEKT, BASH, and all of the SLAMs. Other recent local credits include THE CURIOUS INCIDENT OF THE DOG IN THE NIGHT-TIME (Pioneer Theatre Company), THE OTHER PLACE (Utah Rep), SPARK (PYGmalion), and MR. PERFECT and GOOD PEOPLE (Salt Lake Acting Company). Stephanie holds a B.S. in Theatre Arts from Northwestern University. 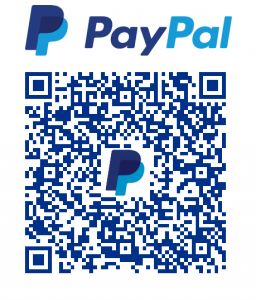 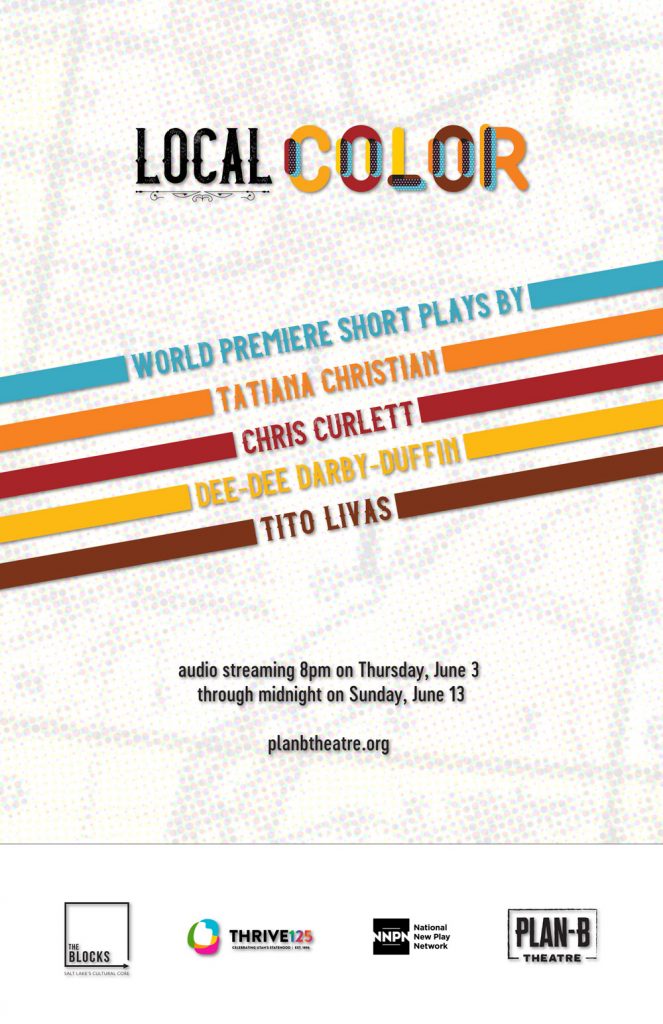