THE POST OFFICE is the story of Ash (Alexis Bitner, Olympus High School), a child suffering from a mysterious illness. Despite being confined at home by the doctor, she remains hopeful, winning over strangers with her positive attitude and ability to imagine a better life for herself.

THE POST OFFICE is performed by 12 high school students representing Cottonwood, Olympus and Taylorsville High Schools (all in Granite School District) and directed by Adam Wilkins, the drama teacher at Cottonwood High School.

THE POST OFFICE is a companion piece to the United Nations Civil Society Conference.

100% of proceeds benefit Adopt-A-Future, a program of the United Nations Association, providing direct support for refugee education at the Kakuma refugee camp in Kenya. You can make a direct donation to Kakuma at the ticket link below.

We develop and produce unique and socially conscious theatre created by Utah playwrights. The Dramatists Guild of America has recognized us as the only professional theatre company in the United States producing full seasons of new work by local playwrights. THE POST OFFICE is presented as part of In the Classroom, which is our newest educational program. Launched in January of 2018, In the Classroom has served more than 1,000 students K-12 students in Salt Lake City. The foundation of the program is diversity and inclusion, for we believe live theatre enriches and enlivens education and is essential to the development of well-rounded, civically-engaged individuals.

From Gandhi Alliance for Peace

We first learned about Tagore’s play THE POST OFFICEwhen one of our members read “The King of Children” by Jean Lifton, the story of Janusz Korczak, a Polish pediatrician. During the Nazi control of Warsaw, Korczak’s orphanage was forced to move into the Warsaw ghetto. To help the children accept death, the orphanage produced THE POST OFFICE. When the time came, Korczak boarded the box car for the death camps with the children.

The international community failed to save the children and adults of the Warsaw ghetto. Far too often we continue to fail to protect the children of the world. This new adaptation of THE POST OFFICE gives us here in Utah the opportunity to help more children living in refugee camps receive an education—a fundamental right of childhood. 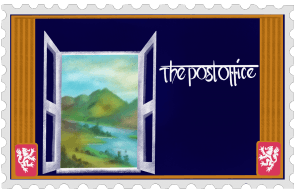 From United Nations Association of Utah

Happiness, good health and financial stability are the pursuit of people worldwide. The surest path to achieving this is knowledge. Knowledge is acquired by education or experience. Basic skills and knowledge are learned in part at home or in a community. But formal education plays an important part in securing a satisfying future. Millions of people now living in refugee camps, away from their home of origin and the family and society of their forebears, seek educational opportunities.

We are proud to host one of the largest refugee centers for students in the state. The Language Academy, based in Cottonwood High School, is designed to serve refugees and immigrants from around the world. The Language Academy provides access to a first-class education with highly qualified teachers and staff. Through this enriching and supportive environment, we strive to increase the English language skills and academic achievement of newcomer students to support successful integration into mainstream society. Working with professionals, we hope that THE POST OFFICE project will inspire this incredibly talented and unique population to contribute to the larger community.

I was excited to adapt Rabindranath Tagore’s THE POST OFFICE for several reasons. The original is beautifully simple—it’s a parable, filled with symbolism, about the power of a child’s desire to grow beyond plotted expectations. Part of the beauty of Tagore’s play is that it takes the viewer to a very specific place and time, and it has been a fun challenge to open it up a little for a broader, contemporary audience. There is so much about the central character Amal to admire: his curiosity, his compassion, his guilelessness. As the child of an immigrant, I have a personal stake in the way that our community accepts and interacts with immigrants and refugees. For me, the message of THE POST OFFICE is one of friendship and acceptance, delivered through the medium of theatre, one of the most communal forms of art we have.

Melissa Leilani Larson is an award-winning playwright and screenwriter of Filipino descent whose work has been seen on four continents. Her plays PILOT PROGRAM and THE EDIBLE COMPLEX premiered at Plan-B Theatre. So far in 2019, her plays SWEETHEART COME premiered at PYGmalion Theatre Company, “Cherry Pie” premiered as part of Wasatch Theatre Company’s Page-To-Stage Festival and BITTER LEMON premiered at Creekside Theatre Festival; her adaptation of Kelly Barnhill’s THE GIRL WHO DRANK THE MOON will premiere in fall 2019 at Utah Valley University. Film: JANE AND EMMA and FREETOWN.

As the theatre teacher at Cottonwood High School, my primary goal is to educate, inspire and entertain. When given the opportunity to direct THE POST OFFICE for the community, I realized that through working collaboratively with business, non-profits and the Granite School District, I—and, more importantly, the students from across Granite School District that will work on the production—will use theatre as a tool for social awareness and change. The Performing Arts Coalition (PAC) invites you to put down your device and see what’s trending on stage by joining us for the 2019 edition of Rose Exposed, an annual celebration of theRose Wagner Performing Arts Center presented by three dance companies, two theatre companies and a music company, all in residence at the Rose.

These six companies represent the highest level of artistic experience and are each influencers in their own right, in both their respective fields and the community.

Once a year, they co-produce a lively, one-night-only showing of all-new short works: some created that day, some rehearsed a few days in advance, all being shared with their first (and maybe only) audience—you! Once we arrived at a theme and title for this year’s installment—#TRENDING—total freedom of interpretation was offered to the playwrights and choreographers.

Plan-B Theatre’s contribution is BOMBASTIC BLUE, a new 10-minute play by Olivia Custodio built around Liszt’s Transcendental Etude No. 12 “Chasse-neige”. What happens when you shrug off the news to follow click-bait about fashion and pop culture? The end still comes; you’re just less prepared. BOMBASTIC BLUE is a dark comic cocktail: one part bomb-shelter, one part extramarital affair, one part ill-timed selfie, garnished with a look inward that comes one apocalypse too late.

PYGmalion Theatre Company’s contribution will predictably dabble in everything trending about #WomensVoices from #MeToo to #SoccerGirl to #TWERKING. Music TBA.

Repertory Dance Theatre’s dancers and artistic staff, led by Nicholas Cendese, will create something truly of the moment, set to Beethoven’s Sonata in A major Op. 2 No. 2.

Rose Exposed: #TRENDING promises an evening that provokes laughter, thought, and awe. The artists are ready to take the audience to a fresh, unexpected, and one-night-only experience. THE BLOCKS SLC will unveil Rose Crossing, a Rose Wagner-inspired street mural by Jann Haworth on 300 S in front of the Rose Wagner Performing Arts Center

Jann Haworth is the Mom of the British Pop Art movement – the Mom of Pop – perhaps best known as the co-designer of The Beatles’ Sgt. Pepper’s Lonely Hearts Club Band album cover. Her other large-scale, work in Salt Lake City includes the SLC Peppermural on 400 W between 200 S and 300 S, the Dennis Hopper mural at Pictureline and the traveling exhibit Work In Progress.

From the artist:  “Murals tell the visual story of an area. Designing a crosswalk as a mural opportunity asks the artist to think carefully about safety needs for both drivers, cyclists and pedestrians. Further, the idea asks how to reflect place, give photo narrative opportunities and add color to an area.

With this in mind, my first though was safety and how not to confuse drivers by inhibiting their ‘low perspective’ view of a crosswalk. The area has a lot going on with parking/bikelanes/crosswalks, facilities, restaurants, valet parking and traffic lights, not to mention pedestrians. My second thought was this will be the third time I’ve got to do something on Broadway. My grandfather and his brother were actors around and after the turn of the 20th century. They too, were on Broadway, but in New York City. And then there is the Rose Wagner itself. I have been to many, many performances there; my late husband’s citizenship ceremony was there; my son-in-law (who is performing in this year’s Rose Exposed: #TRENDING) and my daughter are both actors and have performed there; I have designed costumes for Plan-B; I have accompanied my daughter to many plays that she has reviewed for The Salt Lake Tribune and Gephardt Daily; I’ve loved seeing the Sundance Film Festival films there. Then too, there is SB Dance, Spy Hop, Samba Fogo and Rose Exposed.

The Rose is a cultural pump house. So the artwork had to be a rose, with the intersection of four spotlights creating the rose design…a Rose Crossing.”

Saturday, August 24 at 6pm
Free & open to the public, no tickets required
In front of the Rose Wagner
Appropriate for all ages
Details TBD (available August 12)

Posted in Blog, The Post Office
Scroll To Top