“I’d been loved. And that changes a person.”

A gay Mormon faces excommunication in a “court of love” a week after marrying the man of his dreams.

A solo play about faith, hope and catharsis featuring Austin Archer in 16 roles, including the entire High Council and Stake Presidency. 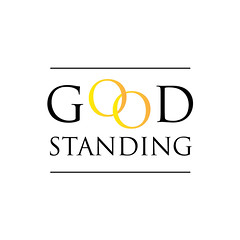 Matthew Greene (Playwright) returns to Plan-B following the premiere of ADAM & STEVE AND THE EMPTY SEA (also FringeNYC). He is a playwright, director and teaching artist from California, currently living and working in New York. His play THOUSAND PINES is currently premiering at Westport Country Playhouse in Westport, CT. Matthew’s other plays include GREGORIAN (off-Broadway, Working Artists Theatre), BREAD OF AFFLICTION (Society for the Study of Jewish American and Holocaust Literature) and #MORMONINCHIEF (FringeNYC). His film BOY WITH BLUE was awarded Best of Fest at the Oceanside Film Festival. He currently works with Opening Act, an organization that provides theatre education to underserved high schools.

Austin Archer* (Curt) is thrilled to make his Plan-B acting debut. NY: THE MICHIGAN ASSASSIN, CHEESEBURGER DELUXE: THE MUSICAL. Regional: NEWSIES, A FEW GOOD MEN, THE 25TH ANNUAL PUTNAM COUNTY SPELLING BEE and others (Pioneer Theatre Company), HIR, CLIMBING WITH TIGERS (a co-pro with Flying Bobcat), SATURDAY’S VOYEUR and others (Salt Lake Acting Company). Film & Television: MINDHUNTER (Netflix), EVERWOOD (WB), TOUCHED BY AN ANGEL (CBS). Austin’s play JUMP premiered at Plan-B last season in a co-production with Flying Bobcat Theatrical Laboratory; his short plays SWIPE LEFT and SWIPE RIGHT were featured in Plan-B’s (IN)DIVISIBLE the previous season; and his play MARTY HAS CANCER premiered at Hollywood Fringe and Great Salt Lake Fringe Festivals this past summer. “All the love in the world to my family! Thanks Jerry and Matt for this opportunity.” Instagram: @williamahstin

Jennifer Freed* (Production Stage Manager) is forever grateful to Plan-B for quenching her theatre habit as she begins her third decade with the company. Enjoy the show!

Catherine Heiner (Rehearsal Stage Manager) makes her Plan-B debut. Having just completed her Master’s in Literary & Cultural Studies at Carnegie Mellon, she has presented research at the Comparative Drama and Association of Theatre in Higher Education conferences and participated in the KCACTF Region 8 Festival as the production dramaturg for ECLIPSED (U of U). Other dramaturgy credits include AS YOU LIKE IT, AMERICAN IDIOT and SELF DEFENSE, OR DEATH OF SOME SALESMAN (U of U) and THE WOLVES (SLAC).

Keven Myhre (Set Designer) is delighted to return to Plan-B after designing THE ICE FRONT and ONE BIG UNION. He has been honored with the Thomas DeGaetani Award for Outstanding Lifetime Contribution to the performing arts and entertainment industry by United States Institute for Theatre Technology; Salt Lake City’s Mayor’s Artist Award in the Performing Arts; and a Best of Utah Arts Award from City Weekly for directing/design. Keven holds an MFA from University of Michigan and a BFA from the University of Utah. He is Operations Director for UtahPresents at Kingsbury Hall.

Jerry Rapier^ (Director) has been Plan-B’s Artistic Director since 2000. He has directed more than 30 productions for the company and is a recipient of Salt Lake City’s Mayor’s Artist Award in the Performing Arts. He and his husband Kirt, together since 1995, were the first same-sex couple from Utah to be legally married in New York on July 24, 2011. They were married again in Utah on December 24, 2013 and are the proud parents of Oscar, a kindergartener who turns six next month.

Matthew Taylor** (Lighting Designer) is thrilled to make his Plan-B debut. He currently teaches lighting and stage management at UVU. He has worked as anassistant and associate on Broadway as well as designing regional, theme park and cruise ship productions. He maintains an active freelance career throughout the U.S., designing for several theatre companies and theme parks. Matt is a proud member of United Scenic Artists Local 829.  www.matttaylordesign.com

Plan-B Theatre Company develops and produces unique and socially conscious theatre and has produced nearly 100 world premieres by local playwrights since 1991. Five of those have been nominated for the American Theatre Critics Association/Steinberg Award for Best New American Play Produced Outside New York, four have enjoyed extended lives in New York (GOOD STANDING will be the fifth when it plays United Solo next month), two have toured internationally and two have been nominated for the Pulitzer Prize for Drama. Awards include Human Rights Campaign’s Equality Award, Equality Utah’s Allies for Equality Award, Transgender Education Advocates of Utah’s Organization of the Year Award (twice), International Center for Women Playwrights’ 50/50 Applause Award (thrice), Utah’s Governor’s Organization Leadership in the Arts Award and Salt Lake City’s Mayor’s Artist Award for Service to the Arts by an Organization. Plan-B is the only professional theatre company in the United States producing full seasons of new work by local playwrights.

Austin Archer on being the entire cast of GOOD STANDING

I’ll own up to the true inspiration behind the script’s central figure: it’s me.