How will you die?
Will you see it coming?
What if you’re given a second chance?

JUMP explores the power of second chances and the impact of surviving on those we love.

A co-production with Flying Bobcat Theatrical Laboratory in partnership with The David Ross Fetzer Foundation for Emerging Artists. 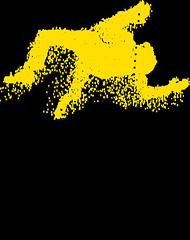 Austin Archer (Playwright) is an actor, choreographer, director and writer. Although JUMP is his first play to receive a full professional production, his writing was featured in (IN)DIVISIBLE (Plan-B) and LOVE (Flying Bobcat). His play THICK METAL BALL was produced at Weber State University. As an actor he was seen most recently in NEWSIES (PTC), HIR (SLAC), MINDHUNTER (Netflix) and BLOOD & OIL (ABC). He would like to express his enormous gratitude to The David Ross Fetzer Foundation for Emerging Artists and Plan-B Theatre Company for their commitment to new works by emerging artists.

La Beene (Costume Design) is Assistant Professor of costume design and Head of theatrical design at UVU. She has taught at BYU, U of U and UNC Charlotte. La holds an MFA in Costume Design and Technology from BYU, works regionally and nationally with USITT and freelances with theatres across the United States. Locally, her work can be seen at UVU, Sundance Summer Theatre and Center Stage Youth Performers, where she is resident costume designer.

Cheryl Cluff (Sound Design) co-founded Plan-B in 1991 and has been Managing Director since 1995. She has designed sound for nearly every production since 2001, most recently THE ICE FRONT and THE WEIRD PLAY.

Teri Cowan* (Abigail) has previously appeared in Plan-B’s BORDERLANDS, EXPOSED, THE ALIENATION EFFEKT, AMERIKA and several SLAMs. She was most recently seen in STAG’S LEAP (SLAC). Other credits include PYGmalion, Park City’s Egyptian Theatre, Utah Musical Theatre and Grand Theatre. Teri has enjoyed a varied career on stage, film and television and as a popular voiceover talent. She is also the Director of Marketing & Development for the Davis Arts Council.

Jennifer Freed* (Stage Manager) is excited to wrap up her 20th year with Plan-B.

Alexandra Harbold (Co-Director) is Co-Founder/Co-Artistic Director of Flying Bobcat Theatrical Laboratory and a freelance director, actor and dramaturg. She has previously directed several SLAMs for Plan-B. Recent projects: directing YOU NEVER CAN TELL (U of U), CLIMBING WITH TIGERS (Flying Bobcat/SLAC), HOW LONG CAN YOU STAND ON THE TRAIN TRACKS: A GAME FOR TWO SISTERS (Flying Bobcat/Sackerson); acting in HAND TO GOD (SLAC) ​and dramaturging THE CURIOUS INCIDENT OF THE DOG IN THE NIGHT-TIME (PTC). Adjunct Assistant Professor, U of U Department of Theatre​.

Pilar I. (Lighting Design) is excited to return to Plan-B, having previously designed PATIENT A over a decade ago. Currently Production Stage Manager and Technical Director for Repertory Dance Theatre, Pilar graduated from the U of U in 2003 and has worked across the Wasatch Front in virtually every venue and nearly every arts organization. Journeyman Member IATSE Local 99.

Nicki Nixon (Michelle) was last seen at Plan-B in (IN)DIVISIBLE. Other recent credits include HOW LONG CAN YOU STAND ON THE TRAIN TRACKS: A GAME FOR TWO SISTERS (Sackerson/Flying Bobcat Theatrical Laboratory), COMEDY OF ERRORS (Grand), TOO MUCH MEMORY and several New Play Sounding Series readings (SLAC), BOEING BOEING and STEEL MAGNOLIAS (Pinnacle) and THE RIGHTEOUS AND VERY REAL HOUSEWIVES OF UTAH COUNTY (Alligator Press). Nicki holds a BS in Theatre Arts from Weber State University.

Cara Pomeroy (Scenic Design) makes her Plan-B debut. She earned a BA in Theatre Studies with a focus on Scenic Design from the U of U. Her recent designs include BULL SHARK ATTACK and HIR (SLAC), PERDIDA (Grand) and KISS OF THE SPIDER WOMAN and THE OTHER PLACE (Utah Rep). Cara works as a carpenter and scenic painter for Pioneer Theatre Company.

Iris Salazar (Assistant Scenic Design) makes her Plan-B debut. She earned a BFA in Performing Arts Design from the U of U, where she designed ’TIS PITY SHE’S A WHORE and THE WILD PARTY.

Arika Schockmel (Props) has designed props for Plan-B’s THE WEIRD PLAY, THE ICE FRONT, VIRTUE, BASED ON A TRUE STORY and CHRISTMAS WITH MISFITS. She and her husband Christopher Glade are parents to Charlotte, age 7, their best collaborative work to date. Resident Props Master, U of U Department of Theatre.

Darryl Stamp (Phil) returns to Plan-B after appearing in THE SKY IS FALLING for ROSE EXPOSED and (IN)DIVISIBLE. Other local appearance include SLAC and Wasatch Theatre Company. Regional credits include THE PILLOWMAN, FLYIN WEST, W;T, THE EXONERATED, THE SALVATION OF IGGY SCROOGE, for which he received a Kansas City Drama Desk Award for Best Supporting Actor in a Musical (Unicorn Theatre); A CHRISTMAS CAROL (Missouri Rep); DRIVING MISS DAISY (Great Plains Theatre); OTHELLO (JCCC). He thanks his wife Melinda and daughter Sophia for their support.

Flying Bobcat Theatrical Laboratory collaboratively explores the possibilities of storytelling in performance through language, movement, technology and design. The company is Alexandra Harbold and Robert Scott Smith. World premiere collaborations include HOW LONG CAN YOU STAND ON THE TRAIN TRACKS: A GAME FOR TWO SISTERS (with Sackerson), CLIMBING WITH TIGERS (with SLAC), FEAST (with NOW-ID), LOST IN THE WOODS (with Salt Lake Men’s Choir), HOME FOR AN HOUR (with Phillip’s Gallery Art Van/Martin Paul Moser Project) and the devised works that comprised the POPUP@LEO series (with The Leonardo).

Plan-B Theatre Company develops and produces unique and socially conscious theatre and has produced nearly 100 world premieres by local playwrights since 1991. Nationally, five of these plays have been nominated for the American Theatre Critics Association/Steinberg Award for Best New American Play Produced Outside New York, four have enjoyed extended lives in New York and two have been nominated for the Pulitzer Prize for Drama. Awards include International Center for Women Playwrights 50/50 Applause Award, Utah’s Governor’s Organization Leadership in the Arts Award, Salt Lake City’s Mayor’s Artist Award for Service to the Arts by an Organization, Transgender Education Advocates of Utah’s Organization of the Year, Human Rights Campaign’s Equality Award and Equality Utah’s Allies for Equality Award.

The David Ross Fetzer Foundation for Emerging Artists was created in memory of actor, director, producer and musician David Fetzer, who passed away at 30 from an accidental prescription painkiller overdose. David created roles in three Plan-B productions (THE END OF THE HORIZON, THE SCARLET LETTER, THE THIRD CROSSING), believed that art could be engaging and life-changing and lived his conviction.

Managing Director and resident sound designer Cheryl Cluff interviews her husband Todd Riesen about his failed parachute on his first sky dive, which has nothing and everything to do with JUMP

Well my chute opened and you’re supposed to release these hand brakes, then you have to quickly assess your situation to make sure everything is good, and … it wasn’t good.

“It’s different from anything I’ve ever done, putting into play every aspect of theatre I’ve been afraid of taking on.” – Jenifer Nii, Playwright, THE WEIRD PLAY

“Hopefully it will be a worthy addition to the legacy of David Fetzer!.” – Austin Archer, Playwright, JUMP

JUMP initially unveiled itself to me as a narrative surrounding four characters. I had to figure out what that narrative was outside of the central incident of the failed skydive. And I honestly had very few ideas.