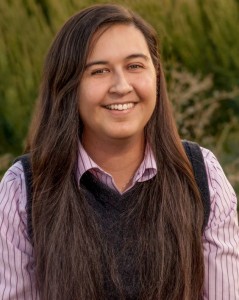 What would it take for me to leave my Mormon faith behind?

Other faithful Mormons have told me on multiple occasions that I will find love in the hereafter, as some lucky guy will be blessed to have me as a plural wife.  Lucky?  Really?  I’ve always been grateful to know polygamy is a thing of the past.

But is it?  Plural marriage was decriminalized in Utah in 2013.  Recent decisions on both state and federal levels have called the definition of marriage into question, and I began to wonder: could polygamy really be legal?  Could it make a comeback in LDS practice?  And the possibility, as insignificant as it may be, terrified me.

As a lifelong Mormon, marriage is something that I’ve heard about for as long as I can remember. As a child and a teenager and even in religion classes in college, I was taught that marriage was the key to the kingdom.  I’ve been told all my life that I would marry a good man and be happy with him for eternity.  I’d be lying if I said I didn’t want to believe it.

Thing is, it never happened. I’m a 38-year-old single Mormon woman.  I’m educated and self-sufficient. I have talents, plans, goals.  I get lonely, sure, but I’m past the point in my life where I feel I need to be married in order to be happy.  Being busy dulls that particular pain, so I don’t dwell on it.  I find joy in other successes, in other relationships.  I say no to marriage, in either the singular or plural form.

But while answering “No” to the polygamy question may be easy for me, it doesn’t make for good drama.  What happens if I swallow my pride and say, “Yes”, even hypothetically?

PILOT PROGRAM is my answer.

One of the things I love about writing drama is that I’m free to explore how real people might react in difficult and unique situations. Attempting to create well-rounded characters—full, real, honest people—forces me to consider and at least appreciate opinions that contradict my own.

Through writing PILOT PROGRAM, I’ve been able to confront and investigate my personal questions on the beautifully complex difficulties of marriage and polygamy—and my faith when it comes to both.