Short plays by and about people of color from the Theatre Artists of Color Writing Workshop. DRIVER’S LICENSE, PLEASE by Olivia Custodio (a dark comedy about rental cars, rednecks and seizing personal power); AMERICAN PRIDE by Iris Salazar (an even darker comedy about making America great again); ROAR by Darryl Stamp (a dramedy about stand-up comedy); THE FRAILEST THING by Bijan Hosseini (a drama about the line between wanting to live and not wanting to die). 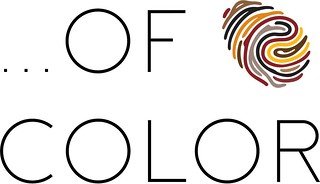 Latina playwright Olivia Custodio extends her gratitude to Plan-B for this incredible opportunity! You may have heard her in RADIO HOUR EPISODE 13: TROLL earlier this season or seen her in SPAMALOT (Grand), BURN (Sackerson) or STREETLIGHT WOODPECKER and SATURDAY’S VOYEUR (SLAC). This experience has officially given her the playwriting bug, so stay tuned! BFA, Carnegie Mellon, MM, Vocal Performance, U of U.

Persian/Japanese playwright Bijan Hosseini  returns to Plan-B after appearing in (IN)DIVISIBLE. “Special thanks to the Theatre Artists of Color Writing Workshop, Julie Jensen for leading initially, and Jerry Rapier for making this incredibly opportunity possible.” As an actor, Bijan is represented by TMG. He makes a living as a massage therapist at the Yugen Wellness Center, but plans to give this writing thing a go.

Mexican playwright Iris Salazar  is very excited to be part of this production as a first-time playwright. She was born in Durango, Mexico and has lived in Utah for the last 38 years. BFA, Performing Arts Design, U of U.

African American playwright Darryl Stamp  returns to Plan-B after appearing in JUMP and (IN)DIVISIBLE. He is thrilled to ROAR with you as a two-time winner of Showtime’s Funniest Person in Kansas competition. Local credits include W;T and GREY GARDENS (Wasatch) and MOPEY WRECKS (Riot Act). Regional credits include A CHRISTMAS CAROL (Kansas City Rep) and FLYING WEST, INNOCENT THOUGHTS, TAKE ME OUT and THE PILLOWMAN (Unicorn Theatre). “Thank you Mindy, Sophia and Julie Jensen.”

Bryan Kido*  is a native of Utah and excited to be back at Plan-B, where he has appeared in (IN)DIVISIBLE and BLOCK 8, for which he is best known. Other credits include THE BUSY BODY, HELEN, A STREETCAR NAMED DESIRE and HALF MOON RISING (U of U). Bryan is excited to be part of this cast! BFA, Acting, U of U.

Erika Ovuoba  is thrilled to make her Plan-B debut. Favorite credits include THE MYSTERY OF EDWIN DROOD and COMPANY (UVU) and THE COLOR PURPLE (Wasatch). Erika enjoys avant-garde photography, practicing yoga and creating music. She hopes you’ll have a thoughtful discussion about this production after you leave the theatre. BFA, Acting, UVU.

Carlos Nobleza Posas  lives truthfully under imaginary circumstances. Recent credits include “Stickup Kid” (BYU Film Capstone), HAMLET (Grassroots) and YOU GOT OLDER and COLD STORAGE (Wasatch). He thanks Plan-B for its tireless efforts to make representation a reality and thanks this cast for being one of the best ever – of color or otherwise.

Jerry Rapier^  has directed more than 30 Plan-B productions in his 18 seasons as Artistic Director. He is both Nisei and hafu. When he moved to SLC in the early 1990s, he was regularly stopped and asked, “What are you?” Jerry and his husband Kirt are the proud parents of six-year-old Oscar.

Yolanda Stange*  has appeared in over 100 industrial films, 50 feature films, 15 television shows and three national commercials. In 2015 she opened her own production company (Radical Hospitality) and casting agency (Stange Casting LLC). She most recently filmed James Lafferty’s “Everybody’s Doing Great,” appeared onstage in SURELY GOODNESS AND MERCY (SLAC) and MARRY CHRISTMAS (Plan-B) and is a series regular on “The Outpost” (CW). When not on set or on stage she runs Stange Realty with her husband Chris. Proud member, SAG and AEA.

Cheryl Ann Cluff  co-founded Plan-B in 1991 and has served as Managing Director since 1995. She has also provided sound design for nearly every Plan-B production since 2001. Recent sound design credits for Plan-B include RADIO HOUR EPISODE 13: TROLL, THE WEIRD PLAY, JUMP and THE ICE FRONT.

Jennifer Freed* is forever grateful to Plan-B for quenching her theatre habit since 1998. Enjoy the show!

Cara Pomeroy  returns to Plan-B after designing JUMP last season. Other recent designs include BULL SHARK ATTACK and HIR (SLAC), PERDIDA and FIRST DATE (Grand) and KISS OF THE SPIDERWOMAN and THE OTHER PLACE (Utah Rep). She is an adjunct professor of Stagecraft and Scenic Painting at Westminster College and a carpenter and painter for Pioneer Theatre Company. BA, Theatre Studies (emphasis: Scenic Design), U of U.

Puppets in the City , led by Shelby Rickart, formed seven years ago with the goal of making the art of puppetry available to everyone. PITC offers 18 shows and monthly workshops for the general public, schools, libraries, non-profit groups and businesses. This is the PITC’s third collaboration with Utah theatre, following LA RONDINE (Lyric Opera) and RED BIKE (PYGmalion).

Arika Schockmel  has worked extensively in props and costume crafts for theatre, television and film. Her designs for Plan-B include CHRISTMAS WITH MISFITS, VIRTUE, THE WEIRD PLAY, AN EVENING WITH TWO AWFUL MEN and ZOMBIE THOUGHTS. Arika is in her fourth year as the resident Prop Master for the Department of Theatre at the U of U. Member, Society of Prop Artisan Managers. For Charlotte Rose.

Plan-B Theatre Company develops and produces unique and socially conscious theatre and has produced nearly 100 world premieres by local playwrights since 1991. Five of those have been nominated for the American Theatre Critics Association/Steinberg Award for Best New American Play Produced Outside New York, five have enjoyed extended lives in New York, two have toured internationally and two have been nominated for the Pulitzer Prize for Drama. Awards include Human Rights Campaign’s Equality Award, Equality Utah’s Allies for Equality Award, Transgender Education Advocates of Utah’s Organization of the Year Award (twice), International Center for Women Playwrights’ 50/50 Applause Award (thrice), a PAAL Award, Utah’s Governor’s Organization Leadership in the Arts Award and Salt Lake City’s Mayor’s Artist Award for Service to the Arts by an Organization. Plan-B is the only professional theatre company in the United States producing full seasons of new work by local playwrights. Read more about the Theatre Artists of Color Writing Workshop here.