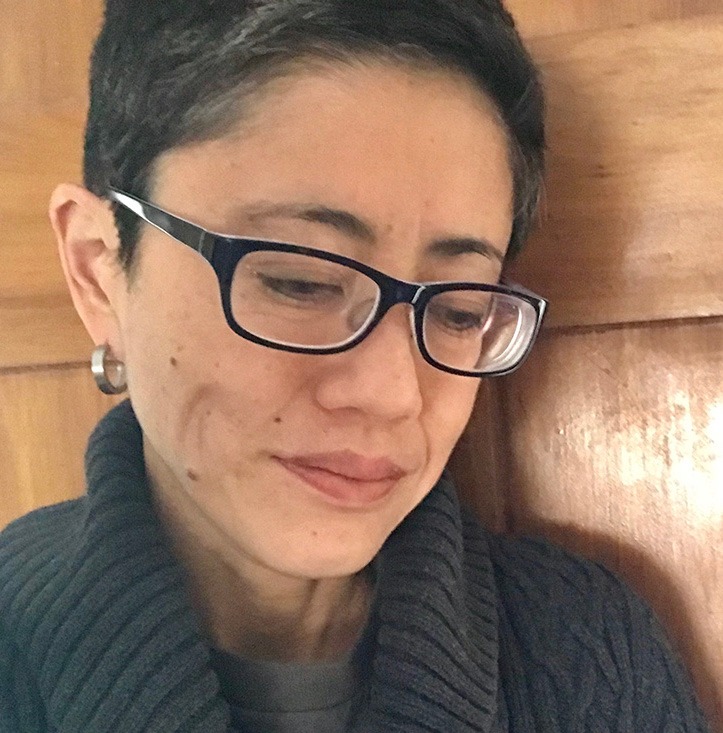 Playwright Jenifer Nii proudly calls Plan-B her creative home. She has previously premiered THE WEIRD PLAY, KINGDOM OF HEAVEN (created with Dave Evanoff), THE SCARLET LETTER, SUFFRAGE, RUFF!, WALLACE (created with Debora Threedy) and (IN)DIVISIBLE (a collaboration with 11 other local playwrights) at Plan-B. Her latest, a solo play called THE AUDACITY written specifically for April Fossen, premieres via online streaming March 28-31 (for ticket holders) and April 1-5 (free to the public)..

THE AUDACITY began with a story about a woman who dared to carve her own path in life. Josie Bassett lived nearly 90 years in the wilds of eastern Utah, amid cowboys and Natives and outlaws and Mormons. She romanced Butch Cassidy, ran a ranch and rustled cattle, bootlegged wine and whiskey, and sent five husbands packing. She outlived the Great Depression, two World Wars, and the fight for women’s suffrage. How? How did this woman live this life, at a time when women were audacious for daring to wear trousers?

THE AUDACITY began with one woman’s feat – her determination and independence, her stubborn unwillingness to submit or compromise. What emerged during my research, though, became much more. Josie didn’t just HAPPEN. She was, in so many ways, built and shaped – by her fiercely independent mother, who showed her how to ride, rope, and lead; by her younger sister Ann, a rival to keep her sharp who reigned over a gang of rustlers; by her father who honored the strength and ambition of his wife and daughters; and by a culture that, in pushing against her, taught her to push back. What emerged was a call to arms. I have realized while working on this project that the same audacity the Bassett women displayed is what is required of women today. The obstacles have not changed, nor has the opposition weakened. Women must still defend the sanctity of their bodies, choices, and ambitions. We are still fighting, and must.

This realization changed the way THE AUDACITY developed. One woman’s story became THE women’s story. The perspective of the past grew to include the now. New characters emerged in the play – modern women speaking alongside their historical sisters about what it is, and what it takes, to live the life they choose. What it takes to be audacious.

Posted in Blog, The Audacity